There is always a sense of nervous anticipation when we hear that one of ‘our’ pets has been injured or become severely unwell requiring emergency care. You see, we know how much you love your 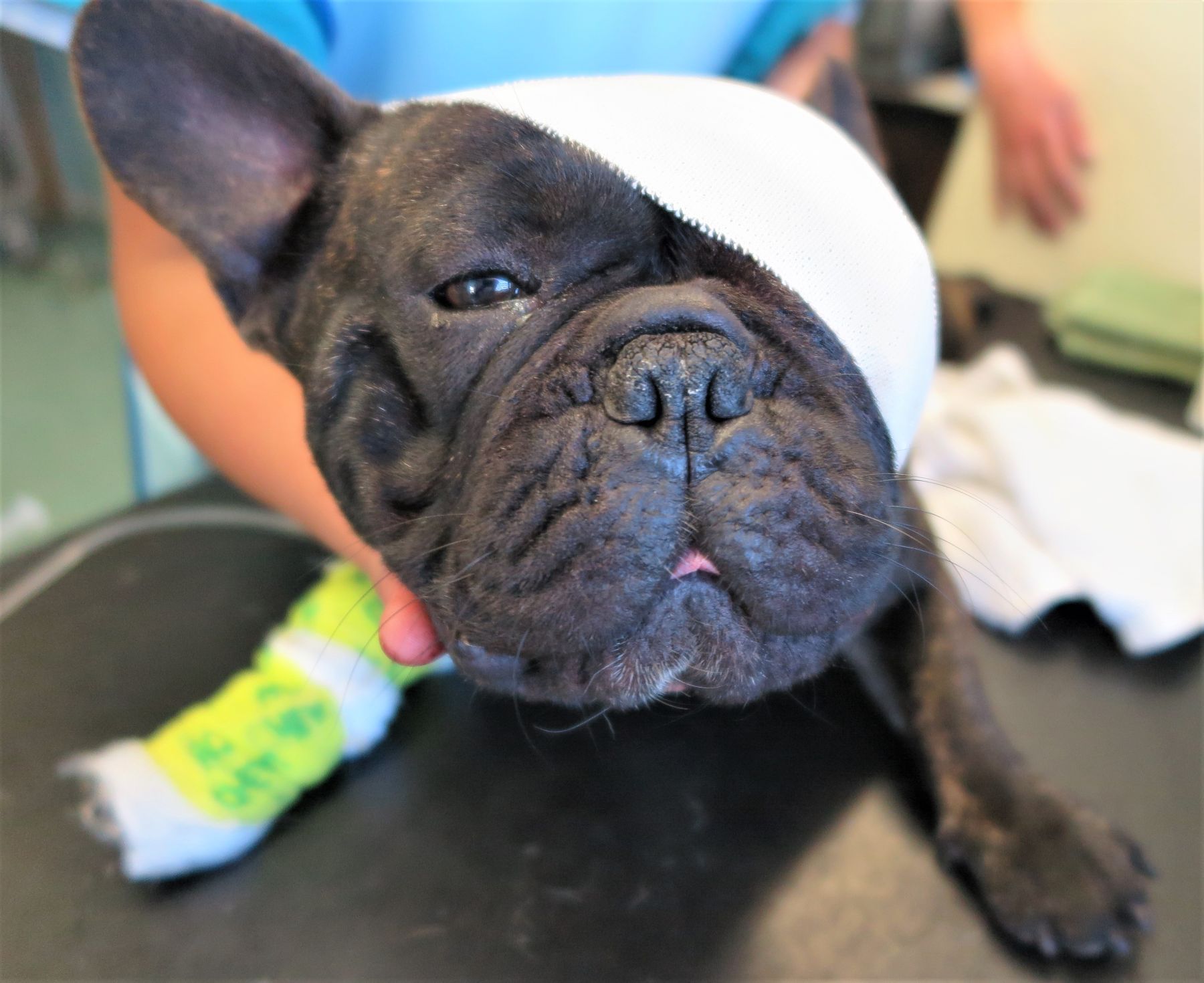 pets and, of course, over their lives we too come to know them and develop a connection with them. So, on a personal level, our whole team wants to help as much as we can when your pet is vulnerable, and you are so upset. And that was how we felt a couple of weeks ago when we received the call that our handsome friend Pablo, an eighteen- month-old French Bulldog, had been involved in a car accident and was travelling to The Pet Doctors with his owner, Teri & Kelly, from the Emergency Clinic.

Teri explained that Pablo had been hit by a car the previous evening and had received a severe head injury. She took him straight to the Emergency Clinic where the severity of his injury was confirmed. Pablo’s left eye had borne the impact of the accident and tragically it was not able to be saved. He was treated for shock, sedated to help keep him calm and his pain was treated. 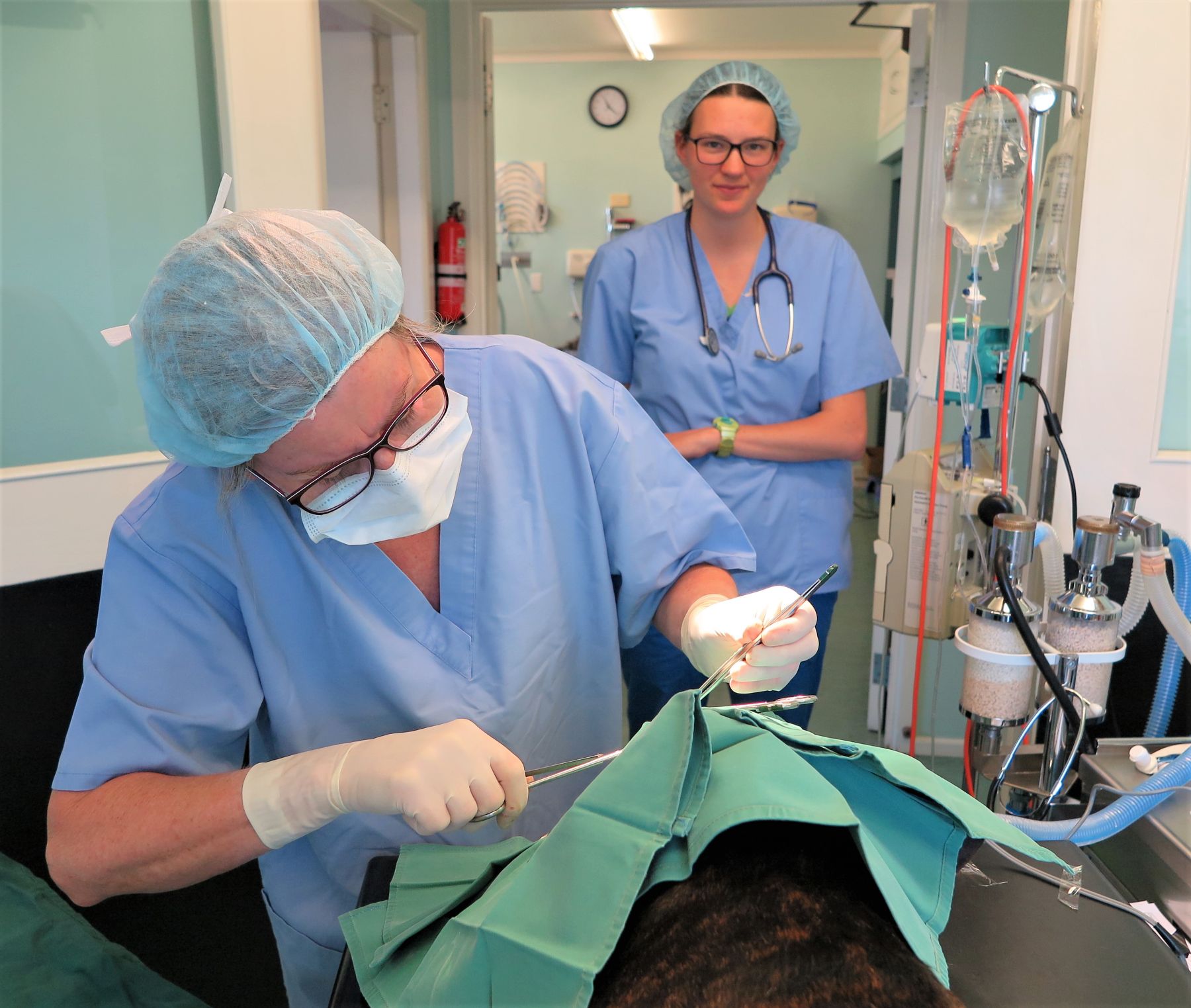 Pablo knew Dr Cathy Opie from his several visits to The Pet Doctors so, after his awful accident, he was at least now in familiar company with her. Along with vet nurse Leah, Cathy checked him over and confirmed there was no option available but to remove the injured eye. Being just 12 hours after the road trauma, Cathy continued his supportive care, pain relief and cleaned up the injury. Importantly, she carefully checked Pablo’s other eye to make sure that it was not at risk of becoming devitalised too. X-rays were taken and further checks made over the course of the day and, with the care of nurse Carmen, Pablo was made to feel safe and comfortable while he rested. 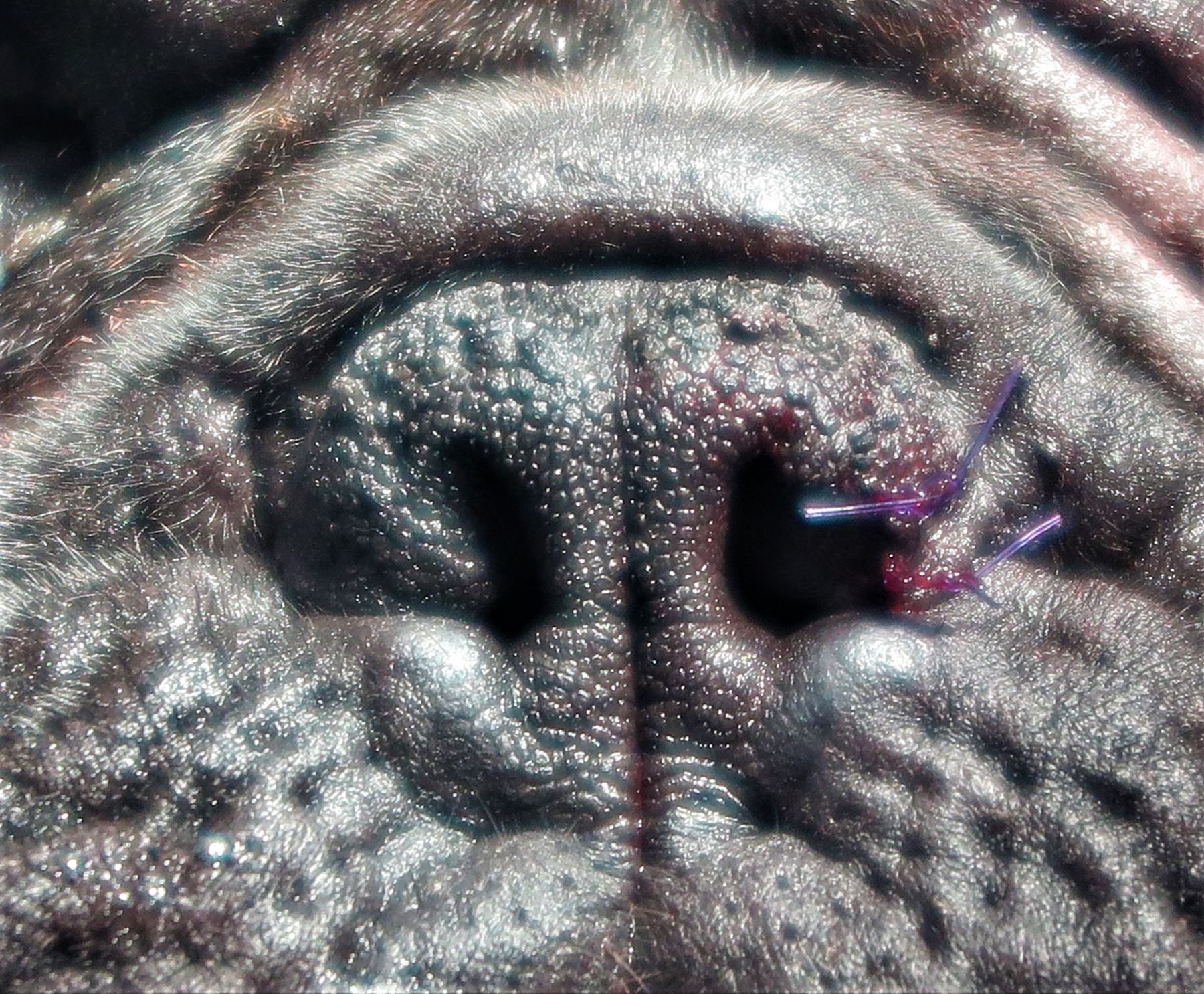 Pablo played his part as the brave patient allowing Carmen to go about her work to prepare him for surgery and have things ready for his postoperative care. Once he was ready, Cathy performed the enucleation surgery to remove the injured eye and repair the surrounding tissues so they could heal normally and with minimal disfigurement for our handsome friend. Being a French Bulldog, Pablo is ‘brachycephalic’ which means he has a very short face and consequently has a lot of difficulty breathing. So, since Pablo was performing so well under the anaesthetic, Cathy performed the first stage of surgery to help him breathe more easily by widening his nostrils (See Photo Right: Cathy has opened Pablo’s left nostril and she is about to operate on his right nostril). The second stage, soft palate surgery, she has left until he is over his eye removal. 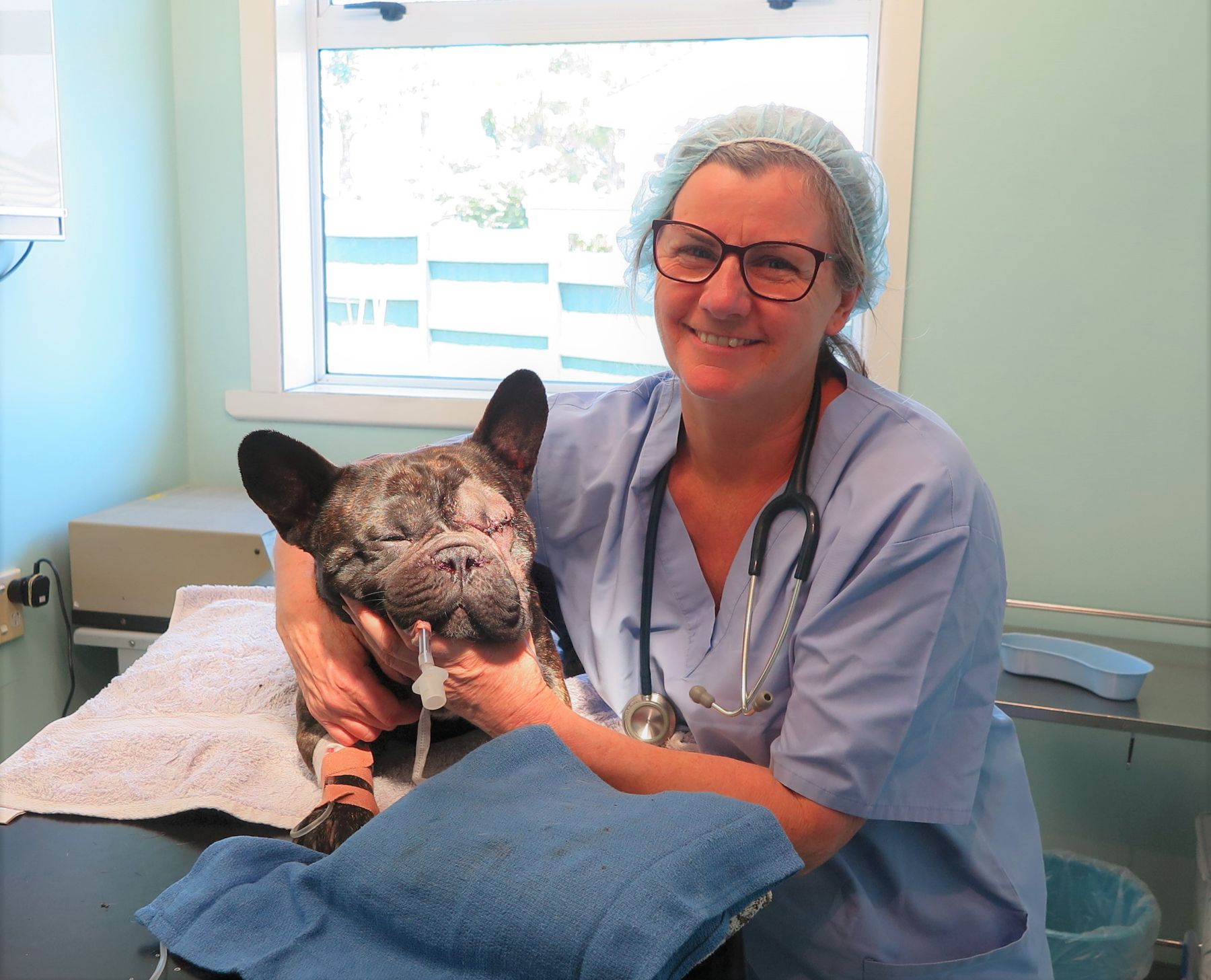 Leah took over Pablo’s nursing care after surgery and kept a watchful eye on him to keep him calm, warm and pain free. The next day he was ready to complete his recovery at home under the watchful eyes of Teri & Kelly who did a great job of supporting him and helping his eye to heal up.

This week Pablo came in to be checked. He’s doing exceptionally well and is already compensating for the loss of his eye. And … he’s just as handsome as ever!

Teri mentioned that he is breathing much more comfortably now. His breathing is so quiet now compared to before surgery that now Teri finds herself checking Pablo when he’s asleep to see if he’s breathing! She’s ready for the soft palpate surgery to reduce Pablo developing further complications from airway obstruction caused by his brachycephalic facial shape.

We expect he’ll go on to make a full recovery and can’t wait to see him at his next visit!

All thanks to Leah and Carmen for their great nursing care and support for our surgeon, Cathy. Great teamwork.